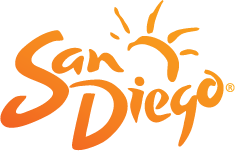 The San Diego Tourism Marketing District along with Visit San Diego hosted the first US Beach Soccer National Championship (USBSNC) on the popular South Mission Beach in San Diego.  It marked a great number of firsts for beach soccer in the United States.  This highly successful event will help propel the community of beach soccer forward for years to come as it was the first time a half dozen tournament directors around the country put their egos and thoughts of profits aside for the betterment of the game.

This first-time event saw nearly all the best female beach soccer players in the country compete in what was the largest gathering of top female talent to date.  In addition, they competed for not only the largest cash purse ever in the USA but also equal to the men.  This was a momentous occasion for female athletes in the age of equal pay as we have seen the USWNT sue for this right given to the beach soccer athletes.  It matches the same cash purse given at the FIFA World Winners Cup this past October being the largest in the world for women. 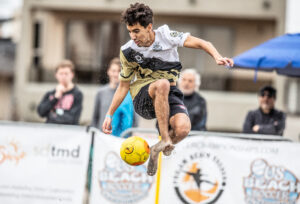 On the Men’s Pro side we saw a tremendously high level of talent even with big-name domestic teams missing from the competition.  Many could not put their mercenary squads together for the competition so they chose not to compete.  What we did see were the traditionally sound clubs having risen in some cases from the youth ranks like SoCal Legacy (having competed in Majer Cup as youth) and Castaways BSC (aging into adulthood from Oceanside) making their presence known facing each other twice splitting results but the older Castaways BSC edged out the Consolation match 3-2 to take third place in the competition.

Canada BSC which saw many familiar faces from Toronto as well as CONCACAF legend Grieven Pacheco and long-time NorCal BSC player David “Guero” Mondragon facing their former teammates in the final of the USBSNC.  In addition, US National Team coach Francis Farberoff joined the Canadians.  The NorCal boys led by US legend Yuri Morales and Alan Grady looked to keep the title on the west coast, but it was not meant to be.  Mondragon had two “nasty” bike kicks closely contested and well-defended, but still not enough to beat the defender and goalie to edge out Noral BSC for the title 3-1.  Canada having qualified for their participation in the Virginia Beach event in 2017 will have bragging rights and the cash prize over the heads of their close friends on the west coast for at least a year and forever as the first in the annals of time. 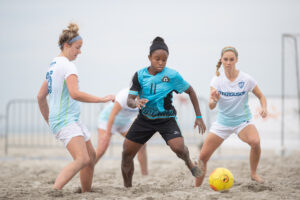 The women’s side was probably the most fantastic display of talent and competition.  It lived up to the hype and what everyone hoped for.  The last four sides included the FIFA 9th Ranked in the World NorCal BSC who just recently took fourth at the World Winners Cup in Alanya, Turkey, Shoreline BSC, HRSC from Virginia Beach, and the Bahamas Beach Soccer National Team competing for the cash prizes.

In the Consolation match, HRSC edged out the Bahamas in a well-fought match with the result ending 7-5.  HRSC Elite, only established two years ago, also coming from their own tournament in Virginia Beach.  We are very excited about the leadership Tina Lowry who has shown to be a driver of the women’s game at the largest and biggest beach soccer tournament in the world.  Players leading the way for Elite were Rebecca Staylor, Jenna Anderson, as well as Ashley Triplett with impressive play on both sides of the ball.

The Bahamas led by Brazilian coach Luiz Escobar only formed the teams five days before competing in El Salvador late this year for the World Beach Games.  The ladies showed massive improvement from game to game and we are proud to be part of their continued development in the future.  Ladies watch out for things coming real soon to the Bahamas.

The final was super hyped between long-time rivals NorCal BSC and Shoreline BSC.  Shoreline pulled no stops bringing in FIFA World Player of the year nominee Molly Clark from England as well as her teammates Katie James and Rebecca Barron.  In addition, they had former Dutch and Euro goalkeeper of the year Annelies Martjin, and four US Women’s National team players in Bethany Haynes, Lauren Leslie, Christine Yount, and captain Megan Wharton.  It was a team packed full of the highest level of talent.

NorCal which also rosters 4 US National Team players with Jeané Sunseri-Warp (NorCal captain), Kilee Quigley, Samantha Witteman, and Paxton Scott joined with the close-knit group to win a decisive victory against Shoreline BSC in the opening match of the entire event on Friday the 6th, but Shoreline flipped the result in the final winning in penalty kicks after a thrilling match of lead changes in a final which went beyond the expectations.

Overall the event saw national champions crowned in six different divisions.  The Men’s Pro, Women’s Pro, Coed Adult, as well as ’03 girls, ’02 boys, and 04 boys.  The dates for the 2020 USBSNC Championship have already been established to an earlier time in November to avoid the pitfalls of high school soccer coaches denying players the chance to compete in several of the divisions which failed to form.  This is the beginning of something special and the teams who were part of this event will forever be part of the First-Ever US Beach Soccer National Championship.